An electrical spark created when a sheet pf photographic film is placed between two high voltage electrodes. Initially, the film builds up a charge on the surface and acts like as a capacitor. At a certain potential voltage the film, which is a dielectric material, breaks down and allows electrons to flow. The flowing electrons superheat the air resulting in an electrical spark which is recorded in the film emulsion. These are often called Lichtenberg Figures after the German physicist Georg Christoph Lichtenberg, who originally discovered and studied them. 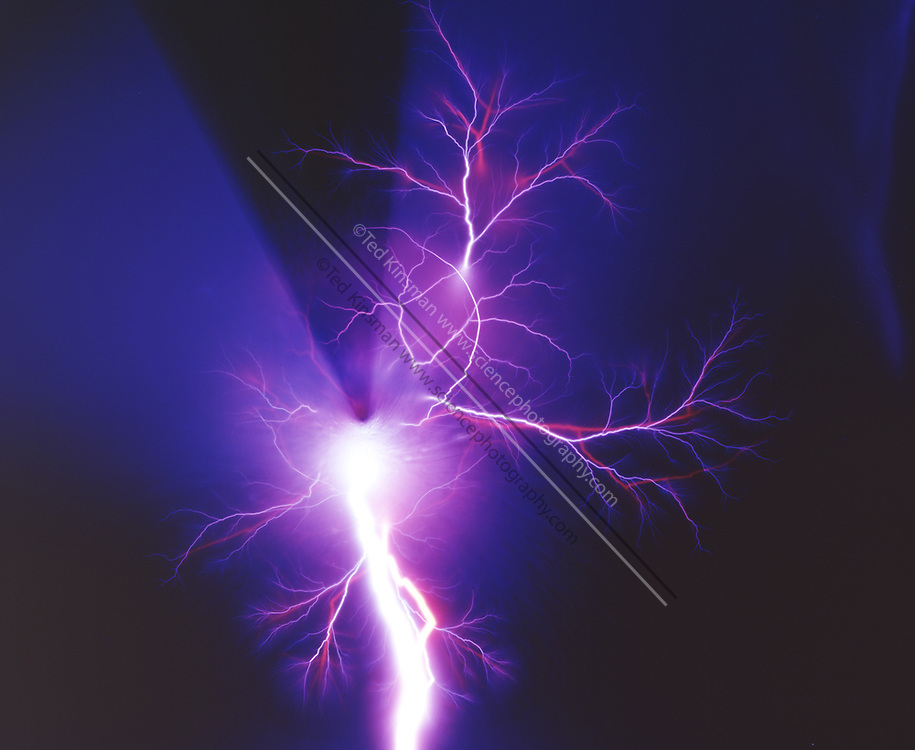